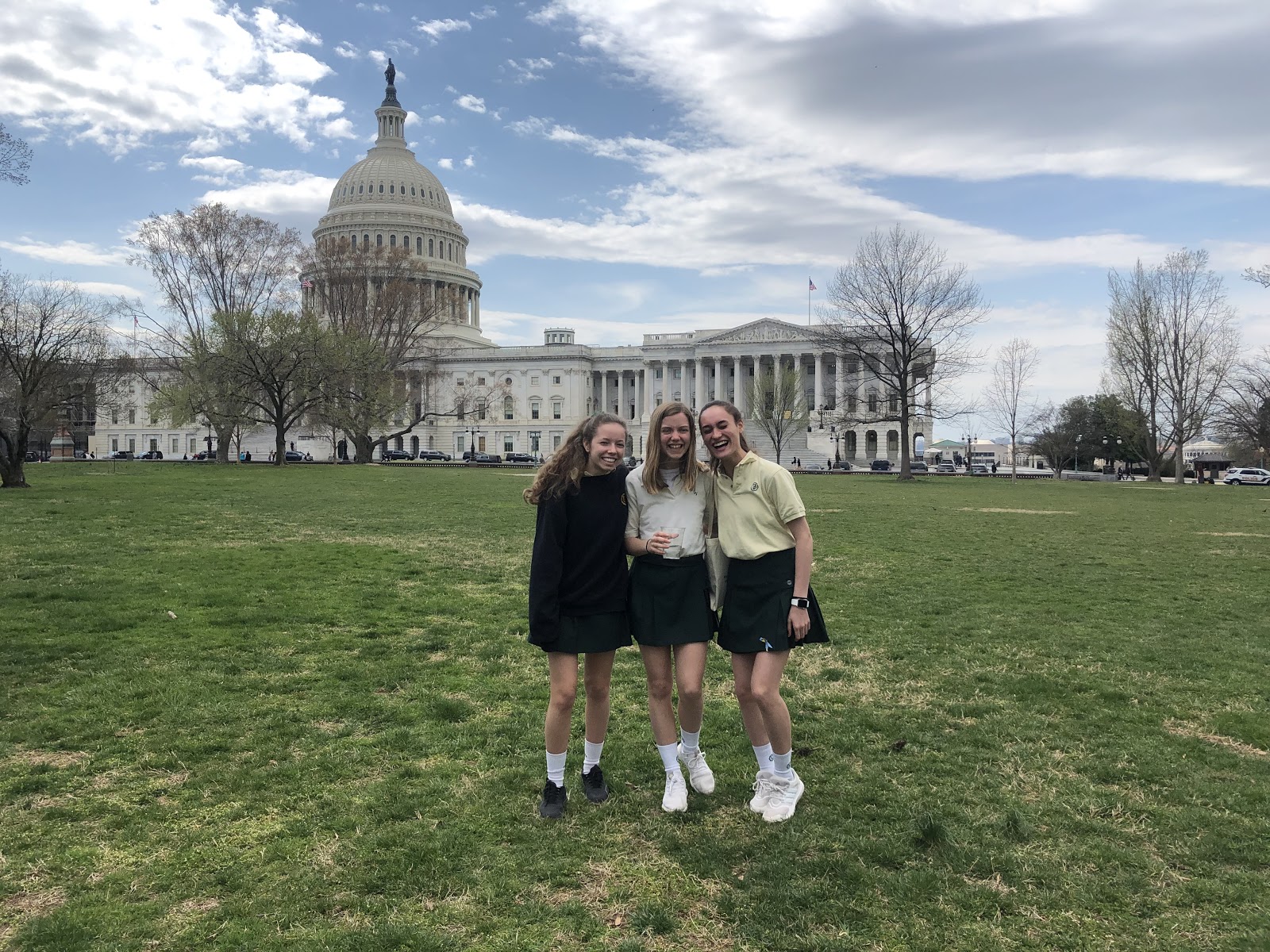 Juniors Rosie McLaughlin, Reilly Talbot, and Katie Troxell headed to Capitol Hill last week with religion teacher Eileen Hudson '78 as part of their Praxis project on the refugee crisis in the United States. While working on Praxis projects, a part of the Religion III curriculum, students develop research-based solutions to social injustices; they educate their peers about an issue of their choice and learn how to advocate for change.

Rosie, Reilly, and Katie took this another step forward when they learned about the Jesuit Refugee Service (JRS) advocacy day on the Hill. They had a chance to visit the offices of their members of Congress, meet with staff, and make a pitch for why the refugee crisis in the U.S. requires policy change.

“It was cool to see Senators and Congressmen; they passed us,” said Reilly, “and we felt a little young, a little out of place.” That didn’t hold the girls back from advocating for their beliefs.

The girls shared with Congressional staff members that the approved number of refugees granted asylum in the U.S. has been cut to a historic low, a stark contrast to the welcoming America of the past. They noted that upon arrival to the U.S., a refugee is given $3,000 to get settled in their new home; but, unable to apply for a job for eight months, the funds quickly run out. Research like this is what compelled the girls to choose the refugee crisis as their Praxis project earlier this year.

Allowing policies like these to exist “goes against our faith,” said Rosie.

Katie said that those staff members they spoke with “told us what they were already doing to push for change.”

“They were interested in what we had to say, and they were on our side,” added Reilly.

Back on campus, the girls plan to continue trying to raise awareness of the refugee crisis, and what it takes to make a new country your home. Rosie, Reilly, and Katie plan to volunteer this spring to teach English to refugees to help with that transition.