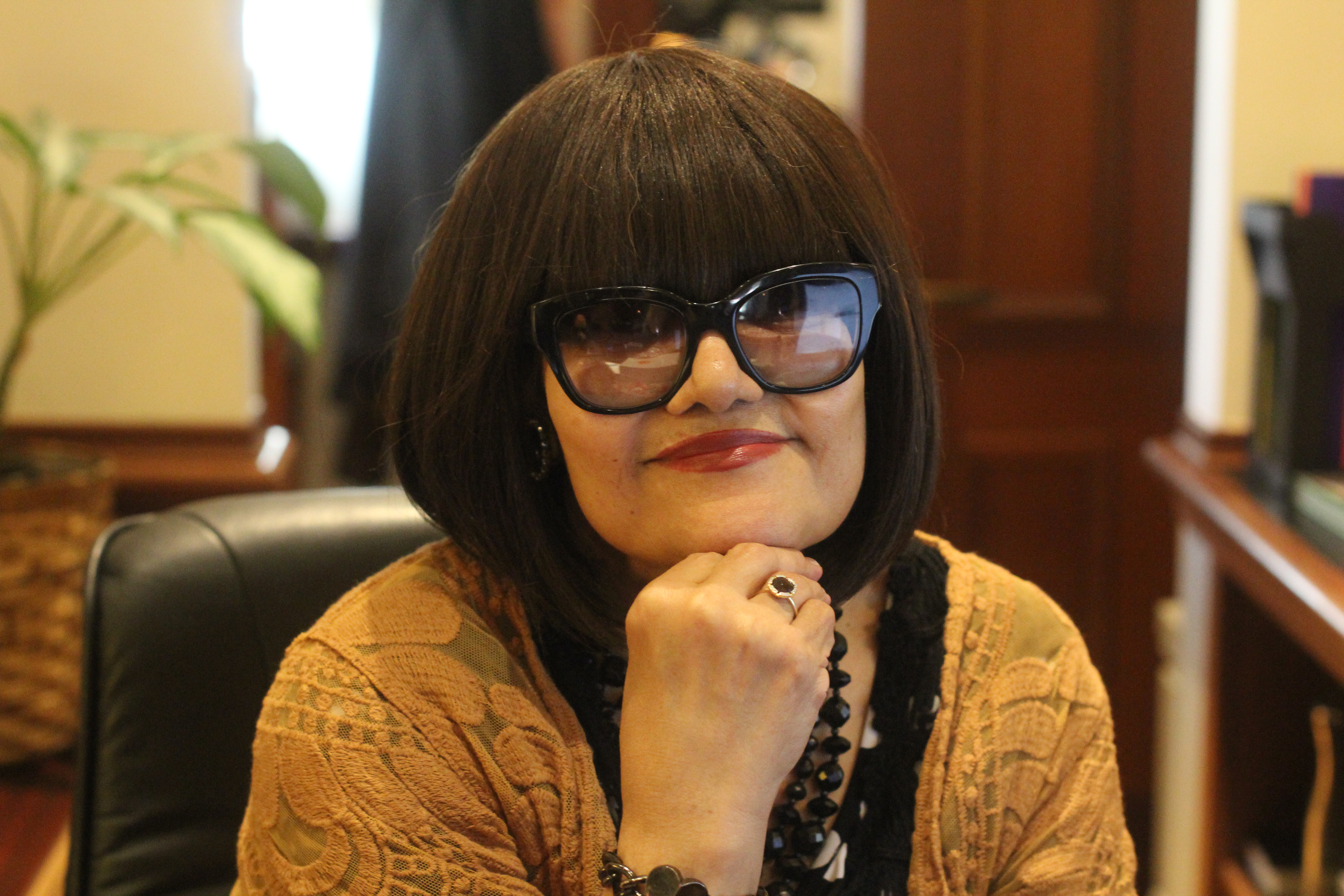 She's the first smile you see when you enter Founders Hall. Jermaine Dawson has been the receptionist at Visitation for 17 years, and she's greeted and mentored hundreds of students over that time.

We had a chance to sit down with Mrs. Dawson for a quick Q&A - and here's what we learned:

When she entered Founders Hall for the first time, Mrs. Dawson saw Sister Anne-Marie - the famed Sister of the "Sister is always right" poster, and "Drive safely, dearie" sign. "She walked down the corridor in a traditional habit, with the white, stiff collar," Mrs. Dawson remembers. "It looked like one of my Sisters."

Mrs. Dawson attended St. Frances Academy, a girls' boarding high school in Baltimore, when she was growing up. Like Visitation, it was connected to a cloistered monastery, and the Sisters were teachers and student counselors. To Mrs. Dawson, that's what made Visitation stand out. "It reminds me of a time long ago," she said.

"Everyone here is so welcoming and accepting; they appreciate the little things," Mrs. Dawson said. She feels lucky to work in a place where she not only loves what she does, but loves the environment in which she works. Up until four years ago when she broke her foot and had to take time off, she had perfect attendance and never missed a day. "I said to my husband, 'I don't really need days off, so I must really like it,'" she said.

Mrs. Dawson has stayed in touch with students who have worked at the front desk after school. They may complain about homework and backpacks while they're here, she explained, but once they leave for college, they appreciate the education. "It's a breeze for them," Mrs. Dawson said.

It's also this month's theme! "I like that you can be a part of such a generous community," Mrs. Dawson said, citing examples of students' and families' generosity: collecting backpacks, fundraising for a variety of causes, supporting scholarships for those who might not have the opportunity to attend Visitation otherwise.

The Sisters are the heart of the Visitation experience.

"I've developed such a fondness for them. I remember them so well - Sister de Sales, Sister Immaculata - laughing moments that I'll never forget," Mrs. Dawson remarked. Plus, the Sisters have gifted her three turtles; since turtles often live to be 100, there's no way she can forget the Sisters who gave them to her; those turtles will outlive her, she jokes.

Mrs. Dawson has two "brilliant" grandsons. She likes to brag about them. One is at Ithaca, and the other is still in school in DC. Her elder grandson spent a good amount of his childhood at Visitation, visiting his grandmother as his school was down the street. Her youngest grandson is very energetic, and they're currently working on a geology project together.

She also spends time with the Humane Society and taking care of her adopted and rescued pets. "They're the best," said Mrs. Dawson. She and her husband, a retired chemist, have seven cats, one dog, and of course, the three turtles from the Sisters.