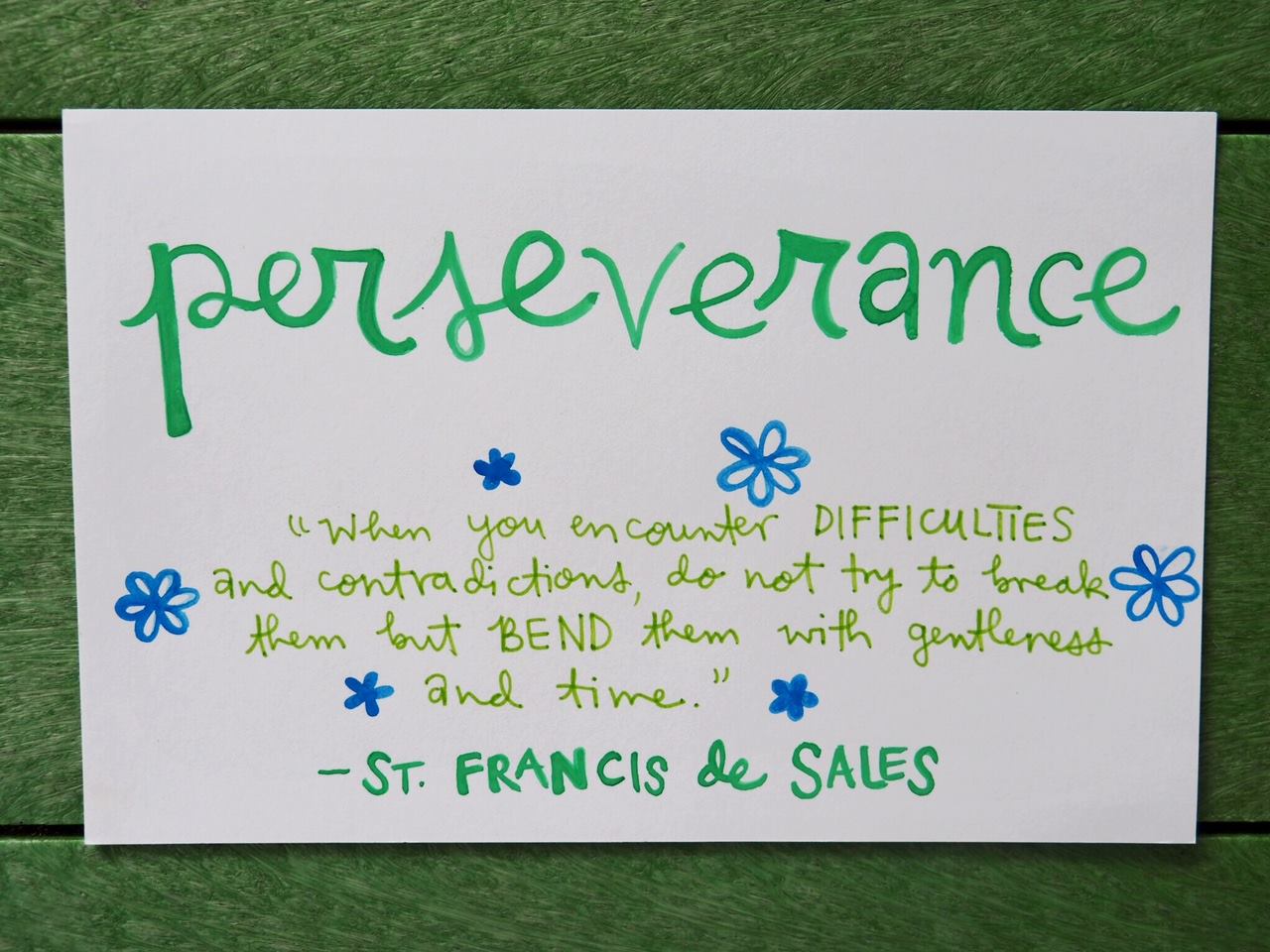 Reflection on the Salesian Virtue of Perseverance
Amy Devere
Mar 28 2018 10:08 AM

When I was told that I was the “cub of the month” my immediate response was, can’t you pick someone else. Clearly, there are others who are better examples of this than me. Everyone here can think of someone who’s having a tough time. Maybe it’s a friend, a family member, maybe it’s you. Many times it’s something we can’t control, but we can always control our reaction. To me, that is real perseverance. Everyone is going to get knocked down at one time or another. How we react in those down times is how we build a foundation to persevere.

I learned perseverance firsthand from my parents. Growing up it seemed like they just couldn’t catch a break - one bad thing after the other, constantly, and yet they always moved forward. Whether it was a lost job or a lost parent, they never seemed to give in, blame others, or quit. Instead, it was always, “Oh well,” and they did what they needed to keep going and to keep our family going. We kept doing the little things, and soon it became easier to do the big things. And the big things became little things again and we kept moving forward.

Hey, guess what? Life is hard. It’s hard for everyone. One of my biggest regrets is when I quit softball is college. I had broken 6 bones in 6 months and my friends were always giving me a hard time about not being able to hang out; I was way behind on my athletic training hours and so I started thinking why? What am I doing? And so I quit. 2 months later I was home for Christmas break and I was watching the movie “A League of their Own” and (for those of you not familiar, it’s a movie about the All American Girls Professional Baseball league that started in 1943 when the men’s teams were disbanded as they went off to war.) Without spoiling the movie, there’s a scene near the end when the best player quits and leaves the team to go start a family with her husband. Well, the coach (obviously upset to lose his best player) starts questioning her motives and the player says, “It just got too hard” and the coach says, “it’s supposed to be hard. If is wasn’t hard, everyone would do it. The hard...is what makes it great.” And in watching that moment, I realized that I had quit because it got too hard. I didn’t quit because I didn’t love the game anymore, I quit because it got hard. I left something that was part of me for years and just threw it away because it wasn’t easy. I had made a huge mistake and I was devastated by it. Lucky for me, I was able to convince the coach to let me rejoin the team for the spring and I was able to finish out my career.

And so, when life gets hard or things don’t go your way, think about your actions. How did you get here? Can you control it? Can your friends help? What is your heart telling you? What can you learn from this? And then start to do the little things to keep you moving forward. Because if you stop or quit, you may never get back on track again.

I leave you with this quote from Teresa of Avila:

"Out of suffering comes the serious mind; out of salvation, the grateful heart; out of endurance, fortitude; out of deliverance faith. Patient endurance attends to all things."