In 1799, Archbishop Leonard Neale, president of Georgetown College, invited "three pious ladies" to found a school for young women. With little more than faith and determination, they accepted his challenge and opened a school in a simple one-room house. One of the oldest Catholic girls’ schools in the nation, it has grown and flourished for over 200 years. 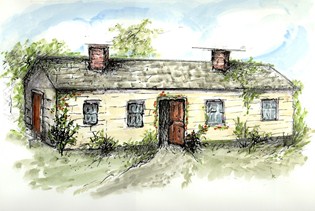 To support and guide their school, the three women also founded the first Order of the Visitation Monastery in the United States; the Visitation Sisters have led the school since its earliest days. They are guided by Salesian Spirituality, which is based on the teachings and writing of Saints Francis de Sales and Jane de Chantal, the Order's founders. Salesian Spirituality is often referred to as "inspired common sense," as it emphasizes a path to everyday holiness through the practice of "Little Virtues" like kindness, gentleness, patience, and perseverance. 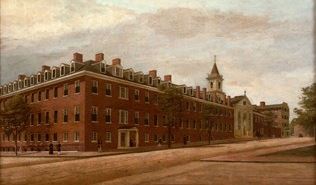 A Visitation education has always blended tradition and faith with an innovative yet practical approach to learning. Even in the 19th century, when a lady’s education centered on needlework, music, art, and perhaps French, students also received a solid foundation in math and science. This combination of academic excellence, grounded in Salesian values and faith, endures today. Visitation has been accredited by the Middle States Association of Colleges and Schools since 1931.


A History Intertwined with America's

In many ways the history of Georgetown Visitation mirrors that of our nation’s capital; our school has been here through every presidency save George Washington's. Our students watched as British fires destroyed the city in 1814 and as smoke poured from the Pentagon after the 9/11 terrorist attacks. As with our capital and our nation, we have painful chapters of our history as well. From our founding until DC's Emancipation in 1862, the Sisters enslaved people.

Growing With Faith, Vision, And Purpose 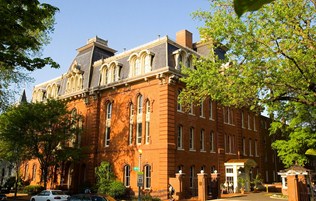 In July 1993, fire destroyed the interior of historic Founders Hall (then called the Academy Building). With generous support from parents, friends, and alumnae, it was rebuilt within two years, better than ever and equipped for the demands of the 21st century. In 1999, the school celebrated its bicentennial with the opening of the Fisher Athletic Center and the Nolan Performing Arts Center. Since then, St. Joseph's Hall, St. Bernard Library, and the Monastery have been renovated and a carefully planned sustainability and greening plan now preserves our 23-acre campus. A bustling, multi-building campus now stands where there was once only a simple one-story schoolhouse, and our students graduate grounded in the faith and vision of our past, yet fully prepared to confront the challenges of the future.

Learn About Our School Archives